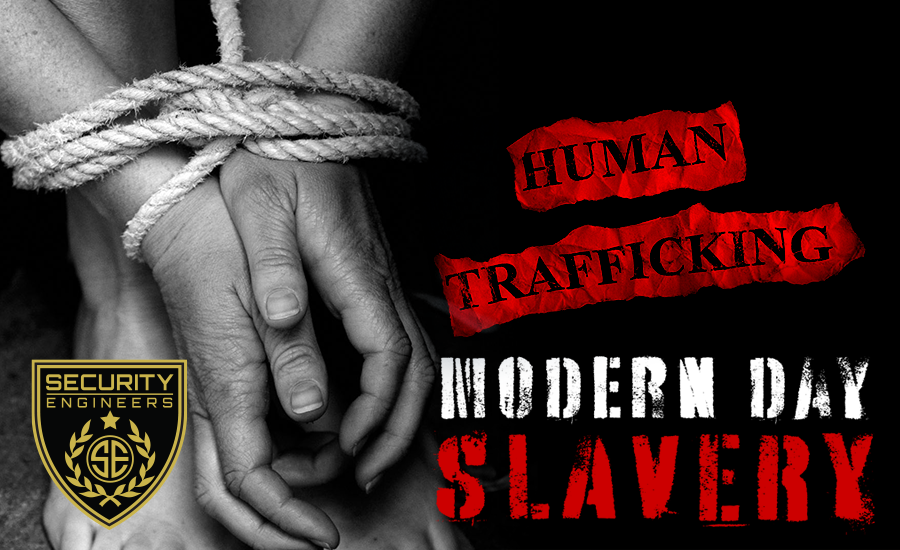 Human trafficking is considered to be one of the most profitable exertions of organized crime as well as the fastest growing. It enslaves thousands of people within our borders each year and probably even millions outside U.S. borders. It is a crime of increasing magnitude, contradictory to American beliefs; a crime that preys on the world’s most vulnerable and defenseless people.

The horrendous crime of human trafficking is modern day slavery. It is the sexual exploitation of children for commercial purposes; it is forcing people to labor or provide sexual services, fraud or coercion, whether citizens, legal residents or illegal immigrants. It is taking that person’s identification and travel documents (driver’s/non-driver’s licenses, passports & visas — whether authentic or forged) to necessitate that person’s labor or services.

While some women might participate in prostitution willingly, the mass majority are forced to work in the sex industry either as slaves or due to financial circumstances that are beyond their control. Law enforcement agencies are beginning to pinpoint the problem and are now striving to suppress the demand for prostitution rather than attack the supply side of the equation. It was out of this burgeoning determination to put law enforcement agencies’ focus on Johns as opposed to the women who provide the sex services that the National Johns Suppression Initiative was born.

Since the National Johns Suppression Initiative was introduced in 2011, more than 140 agencies have worked together in arresting over 9,500 Johns and sex traffickers. The initiative doesn’t ward off the problem altogether, but it does provide a reactive response to the demand for sex, which is the root of the problem.

The National Johns Suppression initiative uses fake internet ads that secretly link to artificial intelligence (AI) chatbots, which then interact with thousands of Johns also known as sex buyers. The process assists in getting a sex buyer from the initial phase of reaching out to purchase sex to actually having enough evidence to arrest and convict them of their crime, which can be very time consuming. In some cases, it can take a whole day for someone to simply respond to their initial response when they inquire about purchasing sex. In order for law enforcement to actually have enough evidence to make the arrest, the sex buyer has to say enough to show clear intent of purchasing sex. With that being said, the buyers are a lot smarter than we might think. They use secret lingo and emojis instead of explicitly revealing their true intent. Law enforcement agencies must be certain to accumulate enough evidence and not move too quickly causing them to throw off the investigation.

The chatbots allow law enforcement agencies to focus more of their time in the field rather than wasting time and energy trying to reel in potential sex buyers over the internet. By using these chatbots, law enforcement officers can simply concentrate on those with whom they have collected enough evidence against. It allows them more time to focus their attention on those who need arresting.

If you suspect someone is a victim of human trafficking, call the hotline number at 888.373.7888. Remember, if you see something, say something.