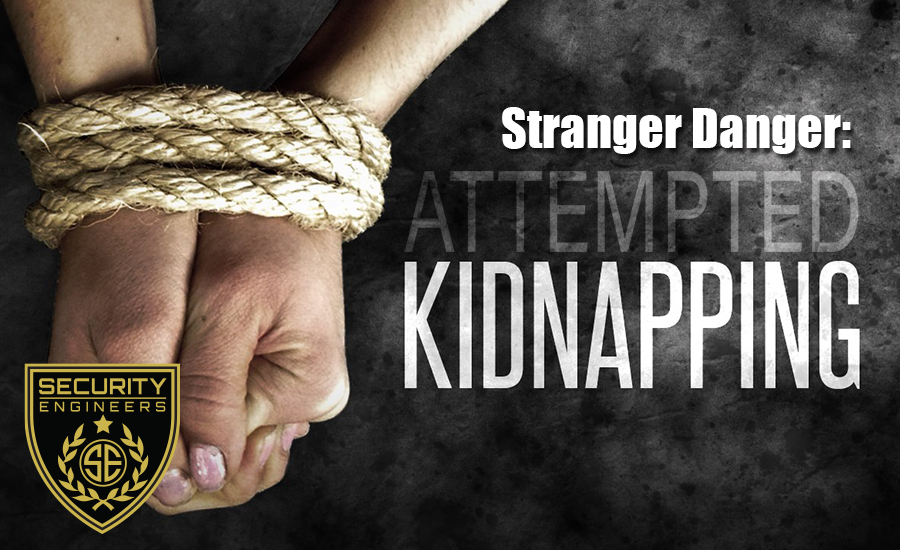 Stranger Danger!
Imagine a scenario, two children are walking near a park when a stranger approaches them in a SUV. The stranger tells the children that the brother of one of them “has been in a serious accident” and he was asked to come pick them up.

What Should the Children Do?
We know what they SHOULD do… but someone has come to get them after one’s brother has been in a serious accident. No matter how much and how often we tell our children about Stranger Danger, there is always the possibility that a dangerous stranger will have just the right story to tell that will overcome all of the warnings, all of the talks, all of the awareness we try so hard to instill in our children.

The scenario that began this post actually happened. One of the children was a 10-year old girl in Arizona named Maddison. Fortunately for Maddison, her family had come-up with a brilliant idea. They had come-up with a ‘Family Code Word’ for situations just like this.

Maddison didn’t have to think through all the options in her situation, she didn’t have to worry about her brother possibly being seriously injured, think if her mom would have really sent someone to pick her up and she didn’t even have to listen to the stranger to try to discern if the story was true.

All she had to do was instantly ask one simple question: “What is the Family Code Word?”

Maddison asked that question, and – in her own words – “He kind of froze his face and drove off”. She added during an interview, “I was scared because if I would’ve hopped in, I didn’t know what he would do to me”.

Fortunately, when the stranger came to her with a scary story meant to cause her fear and anxiety, so that her ability to think, reason and react appropriately was compromised, Maddison didn’t have to think. All Maddison had to remember was to ask, “What is the Family Code Word?” When the stranger didn’t know it, she didn’t have any more decisions to make. She knew the only thing she had to do was run home and tell the adult there what happened.

Your ‘Family Code Word’ is a single word… easy to remember, but hard to guess. It could be a name, a color, or a number. It could be weird, whacky, odd, or not… it just can’t be common or easily figured-out. In use, as soon as a stranger attempts to start a conversation with your child, all your child says is “What is the Family Code Word?”

If the stranger knowns the code word, teach your child that they have permission to keep talking to the stranger, but they also still have the responsibility to be wary, to be smart and to be safe. If the stranger doesn’t know it, tell them that the stranger is lying to them, not to talk to them anymore and they need to run to safety.

“Family Code Word”, a great idea, implement it with your children as quickly as possible!

Have questions or safety concerns? To contact us, please fill out the contact form and someone from our team will get back with you in a timely manner.